What are Docker Containers?

The cloud industry has revolutionized with Docker containers. Since they are designed in a way that to run anywhere, they beat other virtualization methods.  Even though the Docker containers offer remarkable benefits including high security and optimized environment, they can provide better performance at an enhanced level if developers try to squeeze out of Docker by further optimizations.

With this article, we are explaining some best practices to improve Docker performance and explains some sorted solutions that help you optimize Docker deployments. This article also helps you with a clear-cut idea about the business benefits of Docker, causes for slow running, the need for improving the Docker container performance, and the important performance metrics to monitor.

The world of IT has gained its maximum momentum with containerization and is considered an efficient way of increasing productivity in the development process. In recent studies, it is depicted that the software industry is growing faster with the arrival of containerization. The Docker acts as a platform for the easy creation, deployments, seamless management, and distribution of applications in containers. In recent statistics, the number of adoption of Docker has reached its maximum and the businesses multiply the containers. The programming frameworks such as Java, Ruby, Node, and PHP can be used in the containers that help the developers to manage the applications easily.

Some key benefits of using Docker containers are :

One of the important reasons why businesses adopt Docker containers is their cost-effectiveness. It can offer steady revenue over the long term with a better solution. By reducing the infrastructure resources, the use of Docker facilitates cost savings and it can deploy applications swiftly as well.

The Docker containers offer better consistency which results in standardization of the environment. This is one of the biggest benefits of using Docker containers. Since it offers repeatable environments, production environments and testing, the engineers can focus on fixing the bugs within the application. Hence, it increases the time for feature developments with zero defects.

How does the Docker container work?

Containers are considered as the origin of Docker. This open-source solution helps in managing the containerized applications, where these containers are platform-independent. That is, Docker containers offer support to both Windows and Linux-based platforms. Hence, before moving to the optimization process for the Docker container, it is important to understand how the Docker system works and what all factors affect its performance.

The developer uses the Docker CLI, which is a client that can interact with the Docker daemon. The host gets instructions from the Docker client to create, run and distribute the Docker images as the containers. The Docker Daemon can manage multiple objects which are associated with the Docker instance. Daemons listnes the instruction from the Docker client, once it starts and runs the container instances. Similarly, the Docker CLI can also control containers such as deletion and restart. The same can be done from a remote system by the developers using Docker REST API, which acts as an HTTP protocol compliant point that has contact between the remote client and daemon.

The Docker application containerization tools help in leveraging the business benefits since it makes the transfer of the applications much easier by eliminating mobility issues and better consistency. Even if you mess up with the wrong tool, everything can be restored in the containers making the application management a bit more flexible and convenient. But this complex container system, which depends on multiple factors sometimes makes the Docker run slowly. Inadequately allocated resources, unmanageable Docker image size that used to create the containers, large context size of the file, misconfiguration, are some of the major causes that lead the Docker to get slow performance.

How to improve Docker performance?

For better business operations, speeding up of Docker performance is important. There are multiple methods to make the Docker containers faster. Some of the major performance metrics to monitor and optimize for the better performance of Docker are explained below.

While installing the dependencies, the Debian-biased Docker images such as ubuntu generate some space for additional binaries and files. Many of the generated sub dependencies, which are considered as interdependencies are not used later. These may not be cleaned automatically and consumes a lot of space that makes the Docker container run slow. Hence to improve the Docker performance, you can clean up the interdependencies. To remove them manually, use the given below code:

It is common in cloud environments that the virtual machines share the resource hardware with the other virtual machines contained in the same server. To improve the Docker performance, container hosting can be done on dedicated hardware of Bare Metal Cloud. Since these containerized applications do not share the system resources, the applications can fully utilize the hardware resources.

To improve the speed of Docker image building, you can use layer caching. When the Docker rebuilds the images, it searches the cache for the layers that contain similar signatures. This significantly improves the Docker performance efficiently.

Docker containers offer remarkable benefits to businesses since they are designed to run anywhere. Docker has a significant role in revolutionizing the cloud industry. Even though Docker comes with a lot of advantages, sometimes users experience the performance of Docker is getting slow.
With this article, we explained some major business benefits of Docker containers, the Docker workflow, causes for the Docker getting slow, and some important metrics to improve Docker performance. The expert team of Docker consultants at HashRoot provides the best Docker consulting services, and we are available 24*7 to assist you with our transparent services all around the globe. You can get connected with us in case you face any issues related to Docker implementation and maintenance. 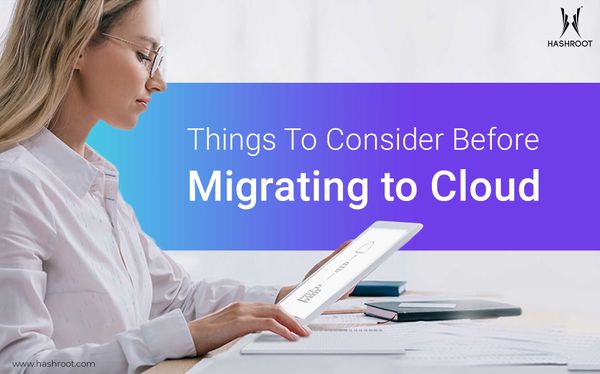 Cloud migration plays a vital role in transforming your business process to digitalize. Almost 95% of IT organizations have moved to the cloud which can be considered as a massive 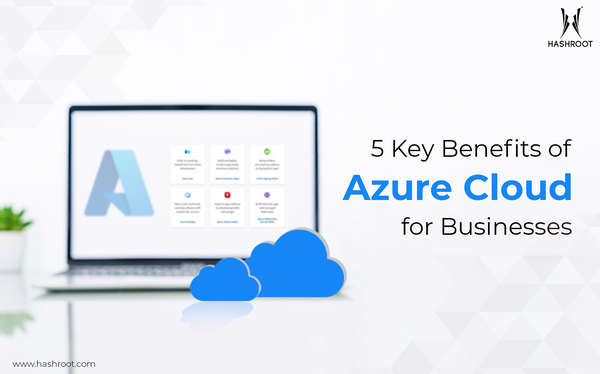 What is Azure Cloud services? Enterprises depend on Azure cloud services because of reduced data storage costs and easy management. Azure stands as a public cloud platform where users can